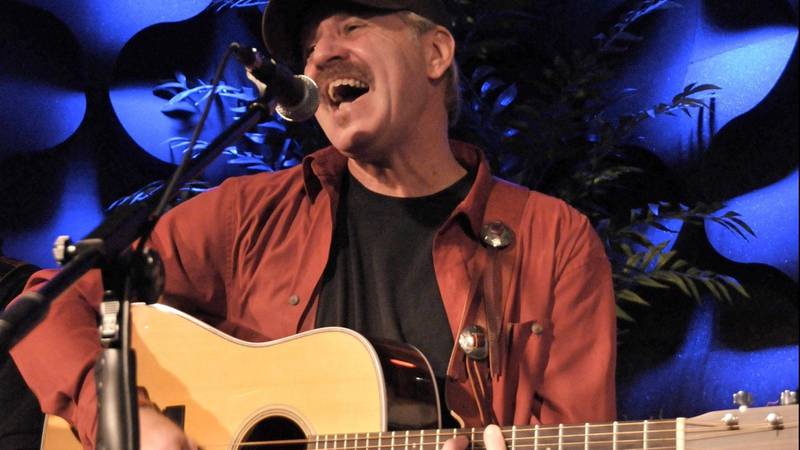 John’s new album “Eclectic” is now for sale!
There are songs you hear in your life that transport you to a certain time period or give you a special feeling. You associate those good times to the group that made them famous. Songs like “I’d Really Love To See You Tonigh t,” “Nights Are Forever Without You” and “Love Is The Answer” have that kind of effect on people. Those songs and numerous others have made John Ford Coley a singing legend. He has spent decades touring, writing, recording, and producing.

John is most revered as half of the Grammy nominated duo England Dan and John Ford Coley. He continues with an active roster performing the platinum and gold record hits for audiences around the world. Classically trained on piano and an avid guitarist, John loves the craft and enjoys every audience he encounters.

With double platinum and gold records behind him, John has also produced other artists. Most recently, he co -produced several sides on Eddie Money. Country musician, Vince Gill added vocals along with John to give the sessions a country feel. Additionally, John has produced CD’s on Country Artist Tom Wurth and another talent, Lynn Bryant.

Of late, John recorded a live album while he was on tour in the Philippines with many of the hits while also recording a CD entitled “The Best of John Ford Coley.” John is currently doing something he has longed to do for awhile by recording a brand new CD entitled “Eclectic” of all new material for an acoustic/Americana album due to be released in mid 2016.

Some of John Ford Coley’s hit songs are as follows: “Love Is The Answer”, “Gone Too Far”, “I’d Really Love To See You Tonight”, “We’ll Never Have To Say Goodbye Again”, “Nights Are Forever Without You”,  “Soldier In The Rain”, “Come Back To Me”, “Sad To Belong”, “Simone”, “Westward Wind”, “Part of Me, Part of You.”  Some of John’s songs have appeared in feature films such as “Nights are Forever Without You” in “Dickie Roberts Former Child Star”. Another hit

“I’d Really Love To See You Tonight” appeared in the film “Long Kiss Goodnight” with Geena Davis and Samuel L. Jackson and most recently his and England Dan Seals’ song “Simone” was featured in the new HBO Series “Vinyl” where two actors portray John and Dan in the studio singing the song.

Some of John’s Television and Movie Theme Songs written or performed include: “Just Tell Me You Love Me”, “Dr. Pepper”, “Major League, Back To The Minors”, “James At 16”, “Joe Panther”, “The Spy Within”  “Cold Case” and “Maxwell House Coffee” with Paul Newman in Japan.

In the mid-1980’s, John entered acting.  In “Dream A Little Dream”, Coley performed as the boyfriend of actress Susan Blakely.   In this role he enjoyed playing an antagonist and pushing teen Corie Feldman down some stairs and spiking Feldman’s girlfriend’s wine to keep her from sneaking out.  Previously, in his first acting role in “Scenes From The Gold Mine”, Coley played a drummer alongside Eagles Timothy B. Schmidt.   The film also featured Joe Pantoliano (The Sopranos). In another film “Aces and Eights”, John played in a deadly 1870’s poker game against Steve Railsback and Doug McClure.  Most rewarding though was an episode of “America’s Most Wanted”.  Here, John played a drug dealer who was killed by his partner.  In this re-enactment, the capture of John’s character’s real-life killer was among the fastest captured in the show’s history.  Most recently John has appeared as a cop in “Christmas in Hollywood” and a crazed video director in “Caroline.”

John’s experiences stem from a broad background, since he is very eclectic in his interests.  Although John performed throughout high school and college as a classical and rock pianist, he chose to major in English Literature in his university studies and is an avid student of history.